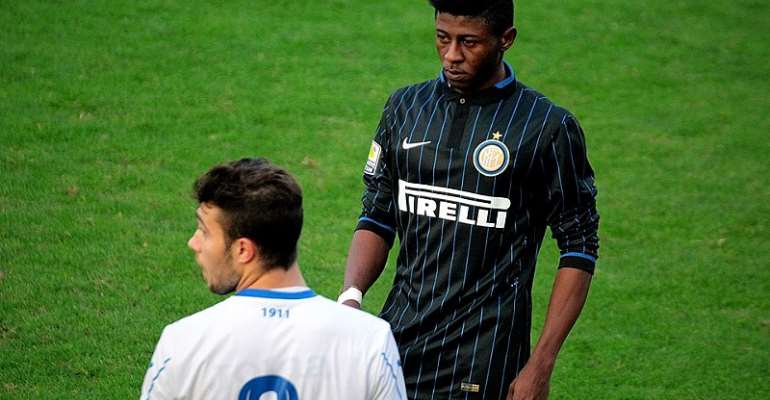 The 17-year-old young front-man ensured the Nerazzurris Primavera side reached the final of the competition by scoring twice in the final 21 minutes against an AS Roma side that finished the game with eight men.

While Appiah was scoring his goals, his Ghanaian compatriot Bright Gyamfi started the game for Inter and played as a right-back.

Appiah had just come off the bench in the 51st minute with Inter leading comfortably 2-0 against their rivals and he ensured Roma had no chance of a comeback.

First, on the 69th minute, the Kumasi-born youngter scrolled his way through the opposition defensive fortress before darting a piercing effort home to cushion the lead.

With Roma completely down and few minutes within added-time left to play, Inter won a penalty and Appiah stepped up to slam the ball home for his second goal of the afternoon.

Inter Milan manager Roberto Mancini allowed the youngster to train with his first team squad before the winter break and this seems to have profited the youngster as he is now scoring.

They Sent 'Dante Crocodiles' To Our Area To Scarce Us — Ajum...
19 minutes ago

VIDEO: May Ken Agyapong Suffer From Paralysis And Be Numbed ...
38 minutes ago