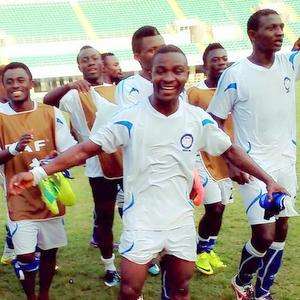 Berekum Chelsea striker Kofi Owusu, who recorded this season's first hat-trick when his side beat Bechem United 4-2, has paid tribute to his coaches and teammates.

The 24-year-old is now joint top scorer in the 2014/2015 Ghana Premier League with five goals alongside Gilbert Fiamenyo and clubmate Stephen Baffour.

Owusu, a former Ghana U20 player, told Supersport.com: “The playing body and technical team have been of immense help so far.

“Without their assistance, I wouldn't be getting the balls to burry in the goals.

“It is my first season with [Berekum] Chelsea and the beginning is very encouraging for me. I'm doing my bit of the hard work to be in shape and hope the goals continue coming.”