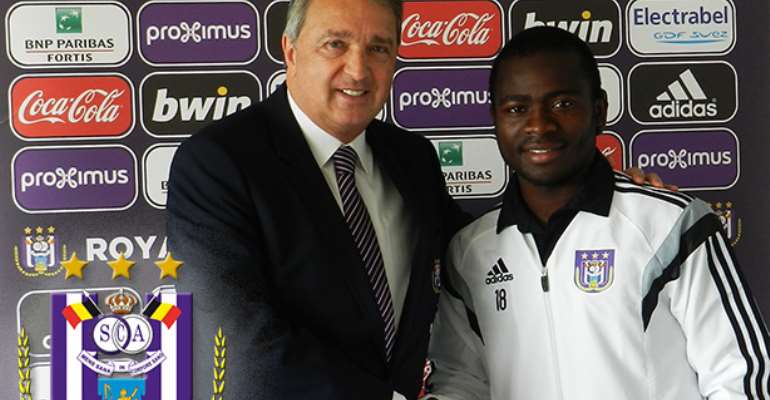 Ghana winger Frank Acheampong has signed a two-year contract extension with his Belgian top-flight side Anderlecht.

Acheampong will now at the Stade Constant Vanden Stock until June 2019.

Acheampong has made a total of 44 appearances for Anderlecht in the Belgian top-flight and scored five goals.

He was been on the radar on some European clubs in recent times.

Acheampong played a bit-part role in Ghana's silver-winning feat at the just ended 2015 Africa Cup if Nations in Equatorial Guinea.