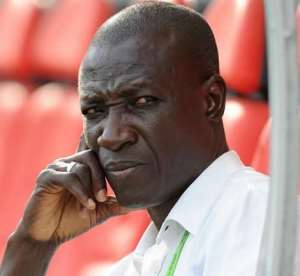 Under-fire Kotoko coach Mas-ud Dramani has been given a fresh three-match ultimatum to save his job, media reports in Ghana have claimed.

Management of the club are believed to be divided over the long-term future of the coach who is under intense pressure following the side's flagging start to the season.

According to reports in the Ghanaian media on Thursday, the former Ghana Under-17 female team coach must turn the table around in their next three games or faced been shipped out.

Kotoko have struggled for flair and consistency this term after winning only two games out of seven and languishing in 10 th position on the league standings.

The side's 2-1 defeat to regional rivals Ashantigold has not helped matters for Dramani who is now gasping for space as pressure continues to mount.