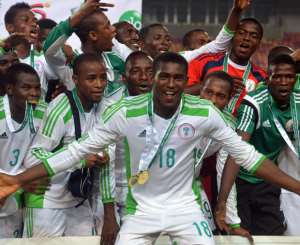 Nigeria U20 team, the Flying Eagles, have named 22 players for two warm-up games against their Ghanaian counterparts.

The team to be led by skipper Musa Muhammed is dominated by the players who won the FIFA U17 world Cup in UAE two years ago.

Both the Flying Eagles and the Black Satellites are preparing for next month's African Youth Championship in Senegal.

The first test match between the two rival West African countries will be played on Saturday and a second match is fixed for Wednesday.

The Flying Eagles will depart for Ghana on Friday via Lagos and return to the country on Thursday, February 19.