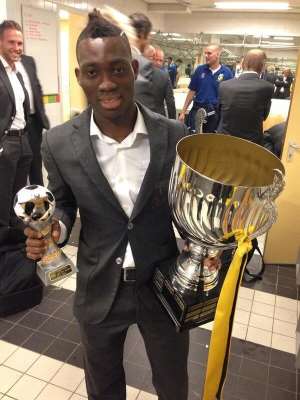 Three members of the Ghana team have been named in the team of the tournament selected by CAF's Technical Study Group - TSG - following the 2015 Africa Cup of Nations.

Also named in the team with a 3-5-2 formation are Ghana duo, defender Harrison Afful and forward Andre Ayew.

Strangely though, CAF named two goalkeepers in the team with 10 outfield players, Ivorian goalkeeper, Sylvain Gbohouo who was even dropped for the final and eccentric DR Congo shot stopper, Robert Kidiaba.

All other individual awards remain same but Elephants goalie, Gbohouo is now named as best goalkeeper of the tournament.