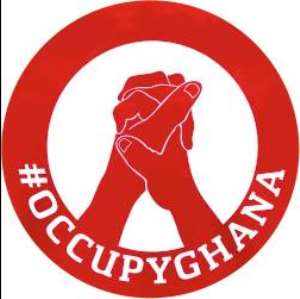 OccupyGhana (OG), a fast-growing pressure group campaigning against widespread corruption in the country, has joined the raging debate over whether or not the government should establish an Interconnect Clearing House (ICH) for the telecommunications sector.

The government, through the National Communications Authority (NCA), is claiming that some telecommunication companies (Telcos) are involved in scams and also underpaying revenue due the government and as a result, said it was in the process of establishing an ICH that would require Telcos and International Carriers to connect their gateways via a clearinghouse.

According to the Ministry of Communications, the ICH would also help to check Sim box fraud for which some people, including an influential personality, were recently caught in the act.

The government further argues that the proposed ICH would combat SIMboxing, plug leakages and under-declarations in government revenue and would even be used as a platform for monitoring mobile financial transactions, including MobileMoney.

Critical Issues
However, OccupyGhana in a letter to the sector ministry headed, 'OccupyGhana wants to know 2015,' said that there were certain 'critical issues' that 'remain unanswered' in spite of the fact that the government appears 'poised' to implement ICH programme.

The letter, which was copied to the Office of the President, Speaker of Parliament, Majority and Minority Leaders, Telecoms Chamber of Commerce, Telcos and the media said, 'While the ICH concept may not necessarily be an inappropriate solution, OccupyGhana has legitimate concerns, a number of which have been expressed by other stakeholders in the telecommunications industry.'

'OccupyGhana believes that these concerns must be thoroughly discussed and a consensus reached in the best interest of the country, bearing in mind telecommunication licences are national assets and the citizenry ought to be assured by government that all such assets will be harnessed and put to proper use to enable the nation to gain optimum benefit.'

Thought-Through
The letter said that 'OccupyGhana acknowledges, and is supportive of efforts by past and current governments to push the local content participation and capacity building in business sectors in Ghana. However, we are currently not convinced that the process of developing and implementing the ICH policy has been thoroughly thought-through as yet.'

They said the government and the NCA should address 'all gaps in order to avoid any national embarrassment' saying, 'OccupyGhana and the Citizenry request clarity from the NCA and the government.'

OccupyGhana said it believes that the engagement of the ICH potentially runs contrary to the legal regime governing interconnection since the law makes no room for a centralized ICH.

Teething Question
The pressure group sought to know from both the sector minister and the Attorney General how the law and the current policy support the establishment of a centralized ICH.

'NCA must explain to the citizens how an exclusive ICH will sanitise the telecommunication sector, ensure proper revenue reporting and secure better quality of service. Why is government pushing for the establishment of a centralized ICH now?'

They want to know about the benefits of the ICH and in which countries the proposed solution worked and whether those countries have telecommunication industries typical to that in Ghana.

Tender Document
OccupyGhana also wants to know whether there was a tender document published for the selection of the operator of the ICH and if so, when, and how many companies responded, and who were the companies, their directors and shareholders.

'What expertise does the selected operator have in this area of business? Why is government compelling Telcos to use an exclusive ICH whose selection they have had no hand in? Why implement a new system with an argument that the existing interconnect architecture is complicated and inefficient, yet the redundancy plan will rely 100% on the rejected interconnecting architecture?'

Consumer Concerns
They also want to know from subscribers if the ICH addressed consumer concerns on privacy and the quality of service or whether there were consumer concerns, particularly over the increase in call cost from the cost of inter-connectivity real.

Telcos Issues
OccupyGhana further sought to know if an ICH will 'realistically and practically improve reported revenue' as is being asserted and who will bear the additional cost of interconnectivity and SIM registration.

'Has government adequately considered other alternatives? What are the practical and technical risks from an ICH, if any, that Ghana should be concerned about?' they asked.

'OccupyGhana believes in a Telecommunication sector where local content is promoted in order that more capacity is built, and more Ghanaians will gain employment or create business opportunities, and Government will also be assured of the required revenue,' the group proposed.