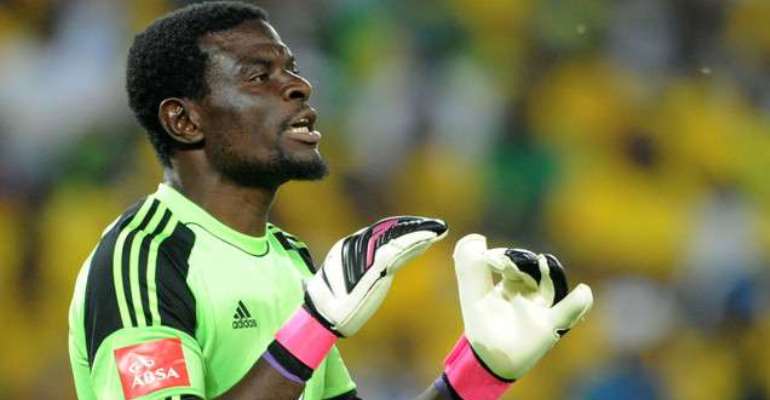 Black Stars goalkeeper Fatau Dauda ihas targetted a move to PSL side Platinum Stars, according to reports in South Africa.

Dauda, who was on the bench during Ghana's Afcon Final loss to Ivory Coast last night, penned a short-term contract with Ashanti GOLD late last year following a brief stay at Chippa United.

However, kickoff   reports that a representative of the former Orlando Pirates safest pair of hands has contacted the Platinum Stars to discuss a potential move.

"There has been contact from his representative," the source disclosed. "The matter was discussed during the past transfer window period.

"We would look at it again before the end of the season. The only challenge is that Platinum Stars have another foreign goalkeeper from Botswana, [Kabelo] Dambe."

Dauda joined the Chilli Boys in July 2014 after making just two starts and one substitute appearance for Pirates in his only season with the Buccaneers.

The 29-year-old endured a similarly unproductive spell at United, leaving the side barely a month after his arrival under acrimonious circumstances.