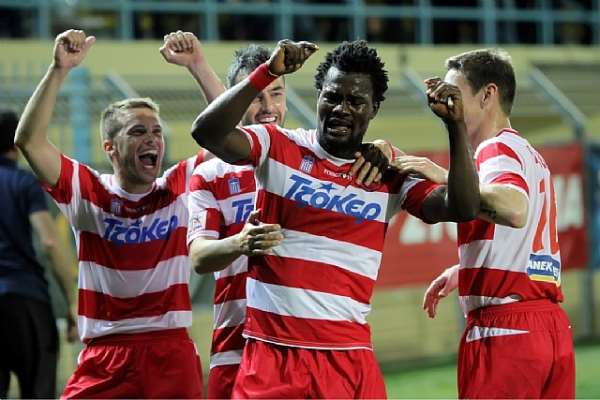 Ghanaian midfielder Aziz Tetteh, continued his fine form in the Greek league with a sweet assist as his side Platanias posted a 2-0 win against Panthrakikos on Sunday.

Ousmane  Coulibaly opened the scoring for Platanias on the 36 th minute and so it remained till recess.

The second half begun on the same note as it ended in the first with Platanias dictating play but it was until the 86 th minute that Ghanaian Aziz Tetteh set up Milunovi? to make it 2-0 in favor of the home side.

The assist was the former Liberty professionals player fourth of the season.