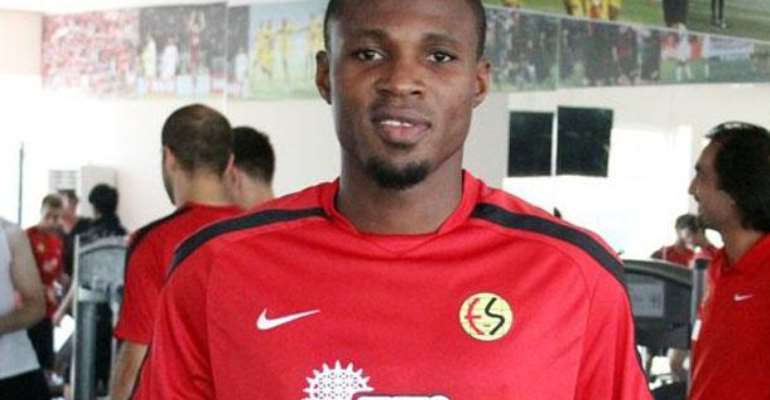 By Rahman Osman
Follow on twitter @iamrahmanosman
Ghana international Jerry Akaminko, has revealed admiration for his colleagues in Equatorial Guinea after their heavy win against the host and has backed them to put Ivory Coast to the sword in the finals.

The Black Stars rounded up host Equatorial Guinea 3-0 in the semis to set up a mouthwatering clash between themselves and the Ivory Coast in what is a repeat of the 1992 AFCON finals.

Ghana managed to achieve this feet despite a horrendous start to the competition which saw them lose 2-1 to Senegal  in their first game.

And Akaminko says the team has defied all odds and deserves commendation for their output in the competition.

“Really inspirational from the guys and they have made us all proud with their performance,” Akaminko said

“Very proud of them and I know they will come home with the trophy.

“There is still a final to be played but on this form I am certain they will bring the trophy home.”

This AFCON update on Ghanasoccernet.com is brought to you by Unibank, caring for you