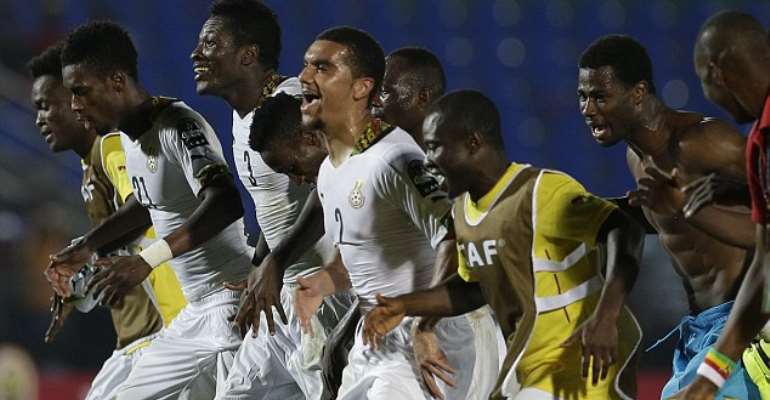 Ghana will face Ivory Coast in the final of the 2015 Africa Cup of Nations on Sunday.

The Black Stars completed the cast after Thursday's impressive 3-0 win over hosts Equatorial Guinea in Malabo.

The heavy win was however not without incident as ugly scenes rocked the semi-final contest.

Players, coaches and the match officials stood on the pitch during the drama while security officials ushered Ghanaian supporters into one section of the ground.

The final in port city Bata Sunday will be a repeat of the 1992 final won 11-10 on penalties by Ivory Coast after 120 goalless minutes in Dakar.

That was the Ivorians' lone Cup of Nations title while Ghana have won the African football showpiece four times, although the last triumph came in Tripoli 33 years ago.

Jordan Ayew converted a 42nd-minute penalty, Mubarak Wakaso struck a minute into first-half stoppage time and Andre Ayew tapped in on 75 minutes of the semi-final.

Akufo-Addo, Ken Take Ghana Back To HIPC – Mahama
34 minutes ago