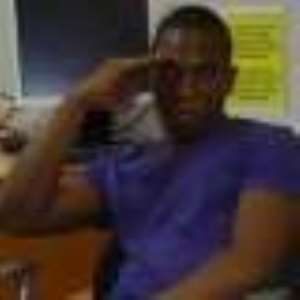 Ruben Dario has been sacked from the Equatorial Guinea camp after absconding to chill out at night without authorization, according to local reports.

The 21-year-old who plays for local side Leones Vegetarianos has been axed by the Football Association of Equatorial Guinea (FEGUIFUT) for breaking camp rules on the eve of their Afcon 2015 semifinal clash with Ghana in Malabo.

Ruben's conduct is allegedly not new as he is known to be a night party freak according to quotes attributed to Bienvenido Ateba Mango Nchama, the second vice-president of the Equato-Guinean Football Federation and a director of his club:

'He is a talented young boy but has never been able to behave properly to the point where we sometimes believe he is under a spell. How else can one think that a day before a first semifinal in the history of his country where instructions for concentration are strict, he finds a way out of the hotel to have fun at night…'

FEGUIFUT officials are said to have quickly dispensed with Ruben Dario's case for the team to focus on Thursday night's clash with the Black Stars. Kick-off is at 21:00 CAT.