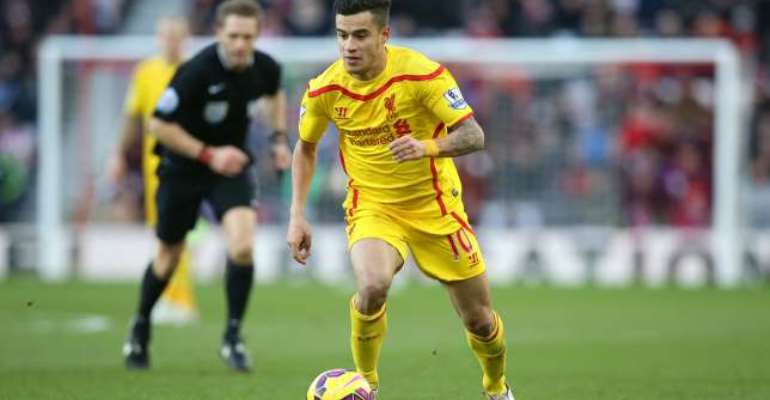 Coutinho, who moved to Anfield from Inter in January 2013, was already under contract with Liverpool until 2018 but he has been rewarded with a renewed deal on the back of some impressive performances in recent weeks.

The 22-year-old laid on both goals during Saturday's 2-0 Premier League win over West Ham and declared his delight at agreeing a new contract.

"Today I've committed my future to the club and for this I'm feeling very pleased," he told the club's website. "This club is great and the fans have always supported me, so I've been eager to sign this new deal since conversations started. Today is a very happy day.

"It means so much. This club has given me the opportunity to play and believed in me even though I hadn't been playing regularly at my previous club.

"I've had a great reception since my first day here. As I always say, Liverpool is a big family and I'm a happy person here."

Manager Brendan Rodgers added: "I'm delighted that Philippe has committed his long-term future to us; he is clearly going to be a big part of our story in the years to come.

"The most exciting thing isn't just how good he is now, it's the further improvement he can make in his game. In terms of potential, he can still become even better.

"He deserves all the credit in the world for the attitude he has shown since coming to Liverpool. He arrived as a young man, in a country he'd never lived in before and joined a club where expectations are high.

"He has shown a willingness to listen, learn and improve."

Coutinho has scored twice in 31 appearances across all competitions this season.