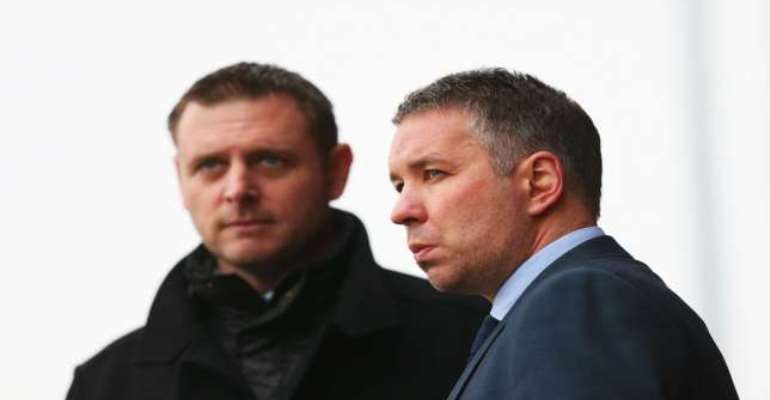 MacAnthony took aim at the club on Twitter on Monday as the January transfer window drew to a close.

Citing the club's missed payments over a transfer, MacAnthony explained why League One outfit Peterborough were unable to bring any new players in before the deadline closed.

MacAnthony posted on Twitter: "Ok Posh fans, there won't be any incoming signings today but that has nothing to do with players having to leave etc.

"The real reason is due to a certain championship club failing to make an agreed large payment (not thousands btw) last week on plyr [sic] they bought from us.

"This same club did this to us in August now again. Truthfully it's a disgrace and their chairman is the same.

"It has put us last minute in a terrible predicament which I shall now fix once loan window opens, we shall bring in a couple of players to help the squad.

"It's also a shambles the Football League allow this nonsense to carry on not for the first time.

"I'm also sure we are not [the] only club who it's happened to but the knock on effort is outrageous doesn't help a club like @theposhdotcom [Peterborough], that's for sure.

"I have other chairman fair warning that I wouldn't be messed around that all within the game will know this, should he not pay up.

"Sad thing is that he can afford to!!"
Peterborough sold two players to Championship clubs in the summer transfer window - Nicky Ajose departed for Leeds United and Britt Assombalonga sealed a record-breaking switch to Nottingham Forest.