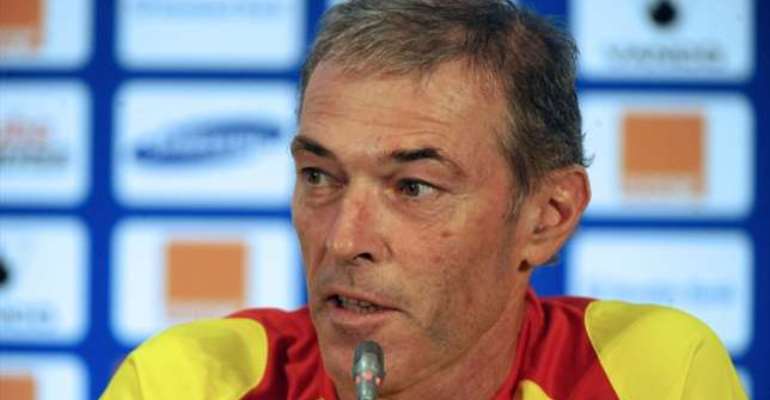 Guinea coach Michel Dussuyer has become the second coaching casualty of the African Nations Cup after announcing his departure following his team's quarterfinal exit on Sunday.

He confirmed his decision on Monday following the 3-0 defeat to Ghana in Malabo, Guinea Football Federation officials said.

It ends a second spell in charge of Guinea for the 55-year-old Frenchman. He took them to the quarterfinals in 2004 and also qualified Guinea for the 2012 tournament.

Senegal coach Alain Giresse departed Senegal after their first round exit at the end of his contract. Senegal were knocked out last week after losing 2-0 to Algeria in their last group match.