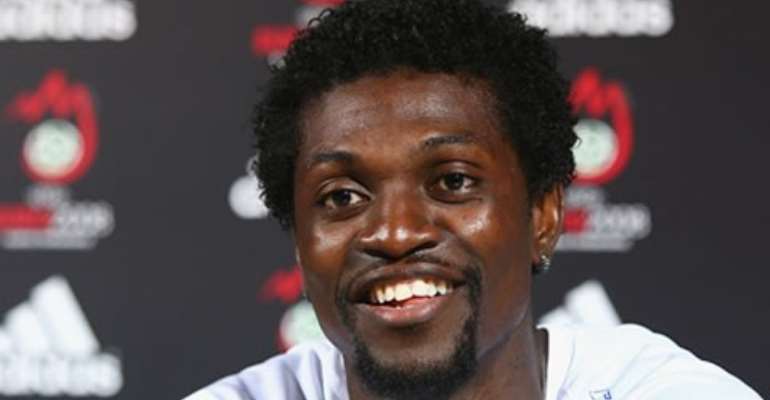 Stoke City manager Mark Hughes is set to make a deadline-day bid to be reunited with Spurs striker Emmanuel Adebayor, 30, who played under him at Manchester City. (Daily Mirror)

Crystal Palace are poised to agree a £1m deal for Bolton Wanderers winger Lee Chung-yong, 26, who is due to get the all-clear to play soon after a broken leg. Palace are also keen on Middlesbrough forward Lee Tomlin, 26. (Daily Mail)

West Ham defender Winston Reid, 26, is set to head to Spurs on a lucrative free transfer in the summer after turning down several contract offers at Upton Park. (Daily Mirror)

Darren Fletcher could still leave Manchester United before the transfer deadline, with West Brom ready to resurrect their interest in the 31-year-old midfielder. (Manchester Evening News)  OTHER GOSSIP

Liverpool striker Daniel Sturridge, who returned to action on Saturday, has paid tribute to his team-mate Philippe Coutinho, who he says makes his job easier.(Liverpool Echo)

Real Madrid director Emilio Butragueno has defended Gareth Bale after the Welsh forward was booed by a section of the Bernabeu crowd during his side's 4-1 victory against David Moyes's Real Sociedad. (Telegraph)

Hull City manager Steve Bruce believes new assistant Mike Phelan is the "right man at the right time" and "should give everyone a lift".(Guardian)

Arsenal's win over Aston Villa left forward Alexis Sanchez, who missed out with a hamstring injury, with mixed feelings. He tweeted:  "Happy for the great win of the team.. sad for not being at the field."

Sanchez's team-mate Hector Bellerin, who scored in injury time in the 5-0 win, was thrilled with his impact. "What a feeling to get my first goal for @Arsenal!!" he wrote.  "Great team performance to make it the perfect day!"

Ahead of the Super Bowl between the Seattle Seahawks and the New England Patriots, Spurs forward Harry Kane left nobody in doubt about where his loyalties lie. He tweeted:  "Ready for the Super Bowl with my boys Brady and Wilson! Going to be a ledge game! Come on @patriots." AND FINALLY...

A Twitter user bet £10,000 a football team couldn't get their snow-covered pitch ready in time for a match - but the club and fans pulled together to prove him wrong. (Daily Mirror)