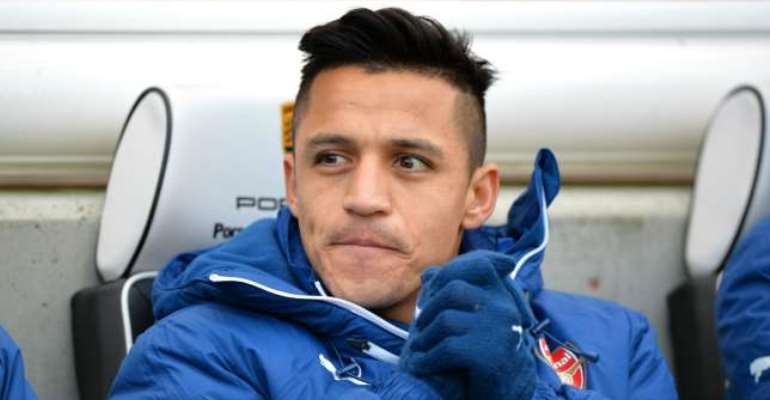 Alexis Sanchez is set to sit out Arsenal's Premier League clash with Aston Villa on Sunday with a hamstring problem, but new signing Gabriel Paulista is in line to make his debut.

Chile international Sanchez played the last 20 minutes of his side's 3-2 FA Cup victory at Brighton and Hove Albion last weekend, but is now unlikely to feature at home to Villa.

However, manager Arsene Wenger could hand a first start to defender Gabriel, who arrived from Villarreal this week.

"I am unlikely to risk Alexis Sanchez," said Wenger at his pre-match news conference. "Gabriel is ready to play.

"I saw great quality [in Gabriel]. His level of concentration, he's quick, has great commitment and he's young - 24 years old.

"It's a good age for a central defender."
Wenger has welcomed the added competition for places and says reputation counts for nothing in his team selection.

"We are in a job where competition exists," he continued. "The best player of the moment plays."

Danny Welbeck is nearing a return from his thigh injury, although Sunday's match could come too soon, while Jack Wilshere and Alex Oxlade-Chamberlain remain sidelined.

Wilsher is recovering quicker than expected from an ankle injury, with Wenger revealing the midfielder is a week ahead of schedule, but Oxlade-Chamberlain (groin) is not expected to feature in Arsenal's next two matches.