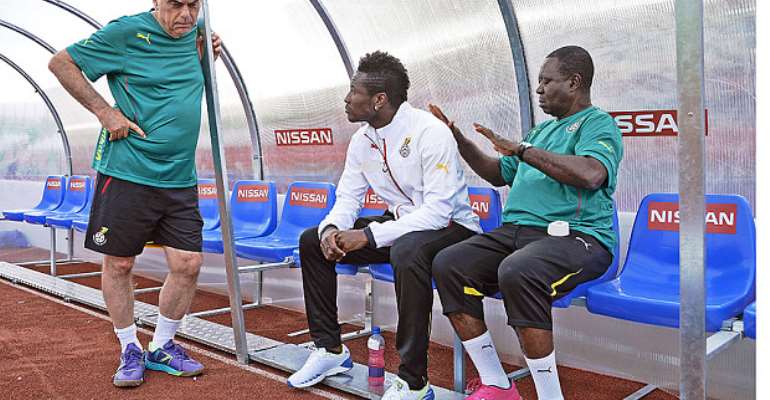 The Black Stars booked their place in the quarter-finals of the 2015 Africa Cup of Nations with a dramatic 2-1 win over South Africa on Tuesday.

Ghana had to fight from a goal down to put away a spirited Bafana Bafana side to clinch qualification as winners of Group C.

The Black Stars have managed to turn around their fortunes in the competition after suffering a disastrous start with a defeat to Senegal in their opening group game.

Grant is however delighted with the response of his relatively inexperienced side despite admitting there are still areas the team needs to improve upon.

“There are a lot of areas we need to improve and we can improve,” he told the media recently.

“The first thing I came to Ghana is that we have a problem with mentality, we have problem that we concede a lot of goals through set pieces.

“Three games against top teams in this competition we didn't concede a goal through set pieces and we've shown good mentality and the football is getting better and better every minute.

“So we cannot solve all the problems in one day but you will want to create a good base.

“And you can see that we have a good base. There are no many experienced players in the team but they make good contributions to the team.”