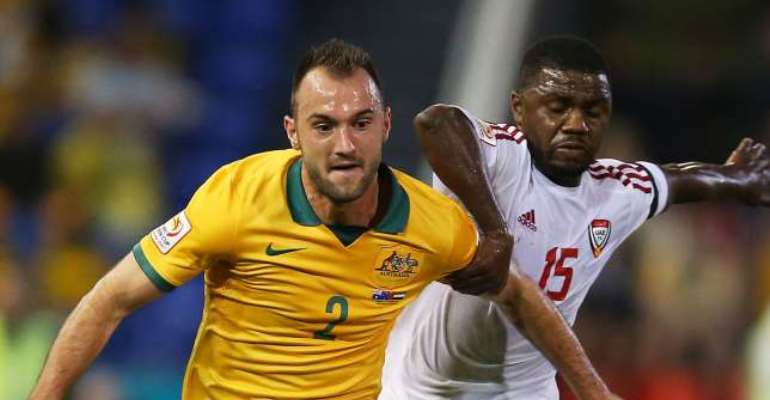 The chances of Ivan Franjic being available for the Asian Cup final on Saturday have improved, with scans clearing Australia's right-back of any significant injury.

Franjic is racing the clock to prove his fitness for the decider against South Korea after suffering what appeared to be a groin injury but was later confirmed to be a hip complaint late in the 2-0 semi-final win over the United Arab Emirates on Tuesday night.

While the Torpedo Moscow man's availability remains in the balance, his hopes appear much stronger than they were on Wednesday when the team arrived in Sydney.

Australia coach Ange Postecoglou was optimistic about the ex-Brisbane Roar defender's chances of being fit.

"He's still a bit sore from the game but it looks more promising today than it did probably post-game, so he's definitely still a chance," Postecoglou said on Thursday.

"He had some scans, but nothing really came up it's nothing serious. If it was a normal break, he would be fine.

"With the quick turnaround that"s the issue but that"s balanced against the fact it's such a big game and I'm sure he'll give himself every chance."

Australia's medical staff will continue to work around the clock on Franjic, in the hope he will be as close as possible to 100 per cent come kick off on Saturday.

The big test will come on Friday afternoon when the team has their final training session at ANZ Stadium.

Postecoglou will want Franjic to complete that session without any issues to feel comfortable throwing him into arguably Australia's biggest-ever match on home soil.

The hosts' squad were given Thursday off training, with the entire squad, including Franjic, going on a team walk around the city to loosen up any stiff limbs from what's been a hectic campaign.

Franjic, who has played every minute of the five matches leading up to the final, would be a huge loss for the side, especially with back up right-back Chris Herd already out for the tournament with an Achilles problem.

Midfielder Mark Milligan and central defender Trent Sainsbury appear the two most likely candidates to fill in for Franjic if he proves to be unavailable.