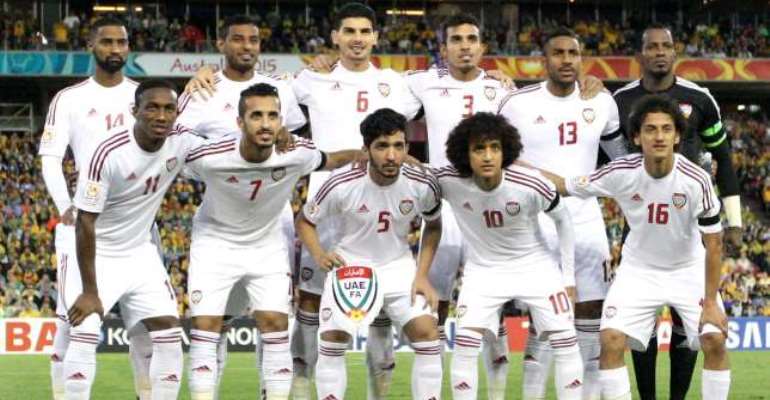 Both the United Arab Emirates and Iraq will have a chance to earn a rare podium finish for the respective countries in Friday's Asian Cup third-place play-off.

While Iraq were crowned Asian champions in 2007 and the UAE finished second in 1996, they are the only times either Middle Eastern nation has claimed a top-three finish at the continental championships.

Both Iraq and the UAE have lost Asian Cup third-place play-offs before.

They will meet in Newcastle on Friday and UAE coach Mahdi Ali hopes his team will take heed of the lessons learnt in their 2-0 semi-final loss to Australia.

The Emiratis have impressed many in Australia with Ali moulding a positive attacking team out of his young squad but they failed to handle the host nation's early intensity on Tuesday.

"Playing under pressure every three days against strong teams is a great experience for the players," Ali said after the semi-final defeat.

"This is a big lesson and we need to learn you have to concentrate for 90 minutes and mistakes are not acceptable, as you lose the game."

The UAE should be confident ahead of Friday's encounter, as they have won their past two matches against Iraq - both Gulf Cup finals.

Scintillating winger Ali Mabkhout scored twice in the UAE's 2-0 victory over the Iraqis in the 2014 decider in November, while a year earlier, Omar Abdulrahman and Ismail Al Hammadi struck in the Emiratis' 2-1 triumph.

Younis Mahmoud scored for Iraq.
Iraq will take on the UAE after losing 2-0 to South Korea in the semi-finals.

Both teams are seen as future winners of the Asian Cup.

A significant part of the UAE's current senior squad won the 2010 Under 23 Gulf Cup and claimed silver at the Asian Games in the same year, while they produced impressive performances in defeat against Uruguay and Great Britain at the 2012 Olympic Games before drawing with Senegal.

Iraq has a similarly youthful squad in Australia, with a number of them having earned bronze at last year's Asian Games - which is limited to U23 players - while they also won the Asian U22 Championships in 2013.