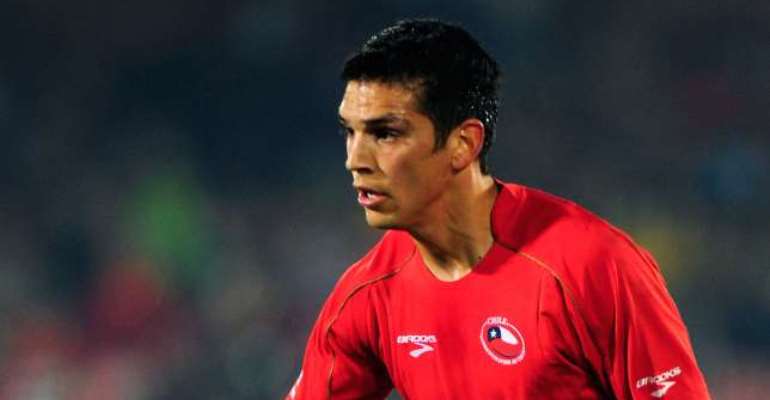 Mark Gonzalez struck twice in the second half for Chile as Jorge Sampaoli's men came from behind to inflict a third consecutive loss on the United States.

Chile took more control of the friendly international the longer it went on; eventually winning 3-2 after the USA twice took the lead in the first half.

Gonzalez struck in the 66th and 75th minutes as Chile kept the USA scoreless in the second 45 minutes at the Estadio El Teniente.

Sampaoli's side finished the match with 24 shots, including 10 on target, while the Americans had 12 efforts, with just five testing Chile goalkeeper Jhonny Herrera.

Intriguingly, both sides played with three defenders plus wing-backs, continuing the resurgence of 3-5-2 and 3-4-3 over the past couple of years.

Juventus have won three straight Serie A titles playing, almost exclusively, with three at the back, in an effort to give brilliant but leisurely midfielder Andrea Pirlo plenty of support, while last year's World Cup saw a number of teams adopt the tactic.

Netherlands reached the semi-finals playing 3-5-2 under Louis van Gaal and the Dutch coach has attempted - with mixed results - to implement the same formation at Manchester United.

Chile have regularly played with three defenders since Marcelo Bielsa's stint in charge ended in 2011, and - seemingly to match their hosts - the USA set up in a 3-5-2.

Jermaine Jones - better known as a defensive midfielder - slotted into the middle of the Americans' back three, with Brek Shea and DeAndre Yedlin filling the wing-back positions.

Captain Clint Dempsey was drawn into an attacking midfield role with Jozy Altidore and Bobby Wood up front.

Chile's coach Sampaoli plumped for a 3-4-3 and it took just five minutes for the USA to exploit the space outside the home side's back three.

Matt Besler clipped a ball over the top to the on-rushing Shea, who burst into the box and fired his shot past Herrera.

It would be a regular theme of the match in Rancagua with both teams finding space due to their opponents' respective lack of regular full-backs.

Chile equalised in the 10th minute when Gonzalez found space on the left and picked out Gutierrez, while Mix Diskerud got in behind Diego Valdes just after the half-hour mark to set-up Jozy Altidore with a cut-back.

The home side surged up until the break with USA goalkeeper Nick Rimando pulling off a one-on-one save, while Gutierrez had a second goal ruled out for offside.

Chile continued to press in the second half as Gonzalez's double gave them victory.

Yedlin was left isolated by a one-two between Marco Medel and Gonzalez with 24 minutes remaining, with the latter sprinting into the area to finish from a tight angle.

And the Universidad Catolica winger put the home side ahead with 15 minutes to go, volleying a rebound into the net after Rimando could only parry an earlier shot.

The USA have not won in five matches, including consecutive losses to Colombia, Republic of Ireland and Chile.