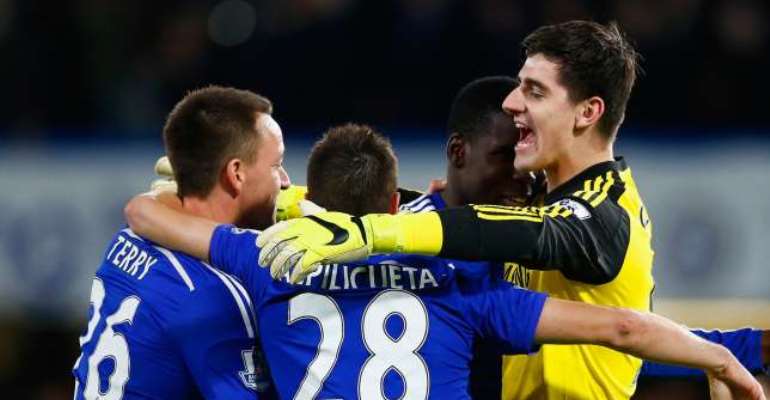 Liverpool manager Brendan Rodgers argued his team were better than Chelsea in their Capital One Cup semi-final, claiming opposition goalkeeper Thibaut Courtois was the difference.

Rodgers hailed his team's performance despite the loss, claiming they regained their "identity" in the cup competition and deserved to reach the final ahead of Chelsea.

"I thought we had a number of opportunities - Raheem Sterling, Philippe Coutinho," Rodgers told BBC Sport.

"If you assess it over two legs their goalkeeper [Courtois] has won them the tie. He is a world-class 'keeper."

Liverpool had 19 shots to Chelsea's two in the semi-final first leg at Anfield and Rodgers claimed that disparity proved his side should have reached the Capital One Cup decider.

"We were better in every aspect of our game but we just couldn't get the big goals," he said.

"Sometimes you have a barrier in your way and tonight and last week it was Courtois."

Having finished second in the Premier League last season, the 2014-15 campaign has been a tough one for Liverpool as they sit eighth after 22 rounds - 17 points behind leaders Chelsea.

But Rodgers believes his team's run in the Capital One Cup, which coincided with a 10-game unbeaten streak in all competition's before the loss at Stamford Bridge, will stand Liverpool in good stead for the rest of the season.

"I thought tactically our pressing was very, very good. We created chances and gave them problems," he said.

"Through to half time I don't think they had a shot on target. They are a top-class team and very competitive.

"This competition has allowed us to regain our identity. Now we have to move on.

"We are very determined to get back in the Champions League places so we have to stay focused."

Liverpool host West Ham on Saturday hoping to reel in fourth-placed Manchester United, who have a five-point advantage over Rodgers' men.