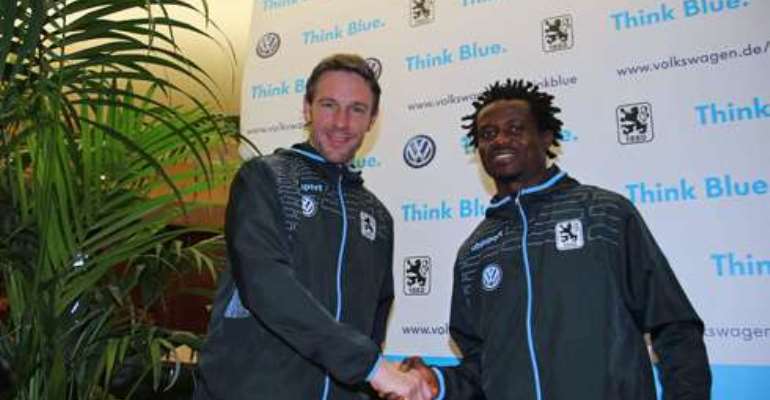 Anthony Annan has been unveiled as a Munich 1860 player following his move from Finnish side HJK Helsinki on a free transfer.

The 28-year-old midfielder was introduced to the media at the Allianz Arena on Monday afternoon after successfully undergoing a medical in Munich.

1860â€²s Sporting Director Gerhard Poschner was full of praise for Annan's capture: 'With Toni Annan we have a player committed to producing good defensive play and bring stability to the team. Our emerging young players are now in training camp and he will help  with his routine ball control and overview of the team players.

Annan, who has penned a deal until June 2018, had been heavily linked with Bologna but the Ghanaian opted against a move to the Serie A to sign for the German Bundesliga II side.

The ex-Schalke 04 midfielder returns to Germany ending his season's spell with Finnish giants HJK Helsinki where he helped them to win the league title and FA Cup.