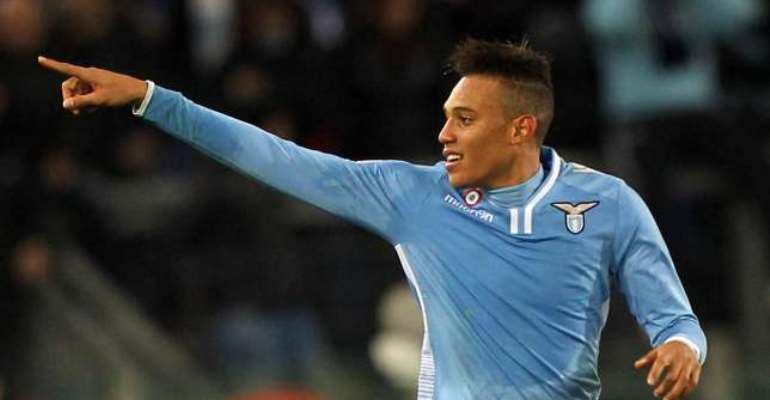 Djordjevic is set to have surgery on Tuesday after fracturing his ankle in Lazio's 3-1 win over Milan at the Stadio Olimpico, which will leave the Italian capital club undermanned up front for the rest of the season.

In an effort to give coach Stefano Pioli more attacking options, with Felipe Anderson (knee) also injured, Lazio ended Perea's loan stint with Perugia, confirming the decision in a statement on their website.

The concern for Pioli is Perea's lack of goal-scoring form with the 21-year-old having hit the back of the net just once in 16 Serie B appearances this term.

Djordjevic has scored seven of Lazio's Serie A goals in 2014-15, making him the club's equal-leading marksman alongside Stefano Mauri, with Marco Parolo and Anderson both having struck five times in the Italian top flight.

Perea joined Lazio from Deportivo Cali in February 2013 after 11 goals in 54 league games for the Colombian Primera A club.