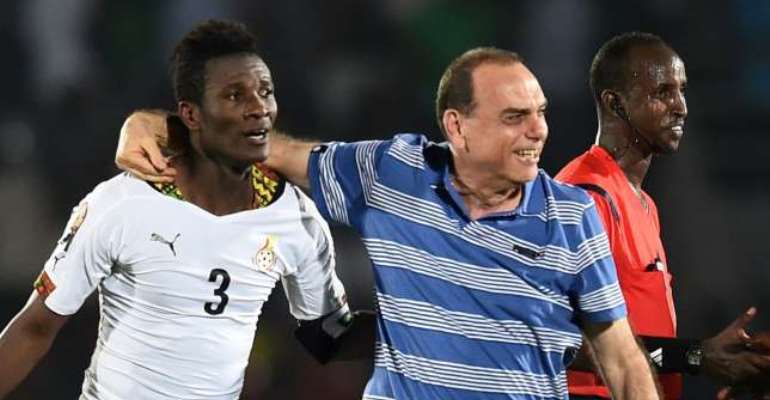 Ghana's Asamoah Gyan reckons South Africa have yet to show their best form at the African Cup of Nations (AFCON) and the striker is concerned they may do it again his side.

South Africa will be desperate for victory in Mongomo on Tuesday when they face Ghana in both teams' final group match.

While Ghana could reach the quarter-finals with a draw, South Africa must win and hope Algeria lose to Senegal in the other Group C encounter.

South Africa lost to Algeria in their opening game of the AFCON and drew with Group C leaders Senegal but, having seen Ephraim Mashaba's team qualify for the tournament by eliminating Nigeria and not losing away from home; Gyan is convinced Ghana will be tested.

"For me, I think we haven't seen the [real] South Africa during the qualifiers yet, but anything can happen in football."

Ghana coach Avram Grant said South Africa's attacking brand of football has not been rewarded yet in Equatorial Guinea and agreed with Gyan that his team will have to be at their best to reach the AFCON's last eight.

"I saw them also in the qualification games, when they beat Nigeria, how they played even away against Nigeria. I think they play very impressive football until now, even if they didn't pick [up] the result."

Grant also hailed his team's commitment after their last-gasp 1-0 win over Algeria on Friday.

Gyan scored the winning goal in the second minute of second-half stoppage time against Algeria, bursting onto Wakaso Mubarak's long pass to strike from a tight angle after overcoming a bout of malaria to play the full game.

"Nobody has enough talent to live on the talent alone," Grant said.

"I think talent is very, very important, it is the base for everything, but on the talent you need to build other things.

"So I think I was very, very happy from the attitude of the players and the spirit that they showed. I told you my opinion, the [Gyan] goal was in the legs, but the goal was more in the heart than with the legs. Only with heart you can do like this."