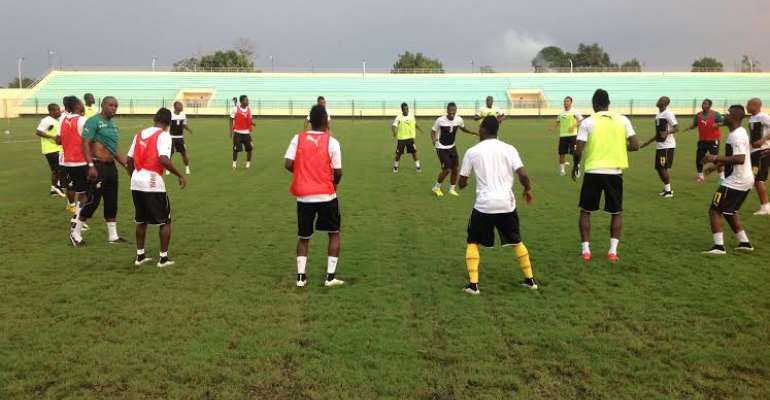 By Ameenu Shardow
Follow on Twitter @alooameenu
Ghana has no injury concerns going into their final Group C clash at the 2015 Africa Cup of Nations against South Africa.

All 23 players including ailing captain Asamoah Gyan completed the team's final training session on Monday evening without any hitches.

Andre Ayew and Emmanuel Agyemang-Badu who had all picked up knocks in previous games also completed the session ahead of Tuesday's clash against Bafana Bafana.

The Olympique Marseille man however picked a slight knock at the tail end of the session in a tussle for the ball with Rabiu Mohammed.

He limped slightly but was able to finish the session at the Munincipal Stadium.

Ghana's campaign at the 2015 AFCON has been revoved after the epic last minute win over Algeria.

The Black Stars suffered a stuttering start in Equatorial Guinea with a 2-1 defeat to Senegal.