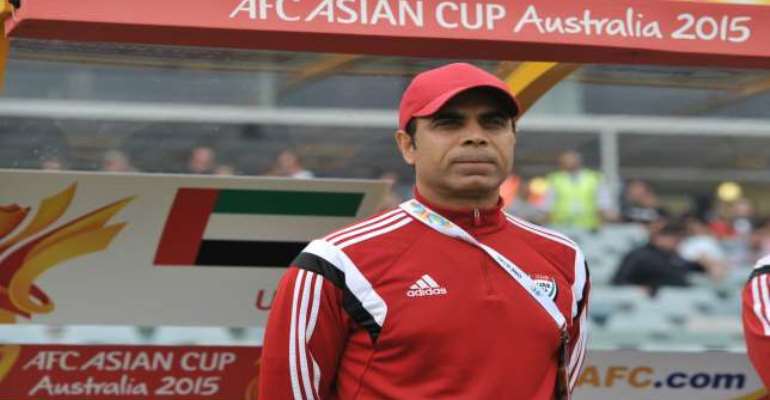 United Arab Emirates coach Mahdi Ali is eyeing another Asian Cup upset as he targets a spot in the final, despite conceding that booking a last-four match against Australia meant his expectations had been met.

Ali's side were considered underdogs prior to the competition, but they stepped out of the shadows after an epic penalty shootout win over favourites Japan in the quarter finals.

Ahead of Tuesday's meeting with the hosts, Ali said: "We are very well prepared for this game. We've planned to come to this level for a long time and we will work very hard to achieve our goal in the semi-final against Australia.

"Two years ago we announced that our goal was to reach the semi-finals and our goal has already been achieved, we are happy about that.

"Now we aim to reach the final. We have worked really hard to reach this level and we won't let it go very easily."

Australia have enjoyed an extra day's rest compared to their opponents, but Ali is not concerned about his side's fitness levels and believes they can pose problems.

"The Australian team is one of the best in Asia and we have seen that as they have qualified for the semi-finals," he continued.

"I think they are a good team, they have a good mixture of younger and experienced players.

"[It] will be a tough game for both teams and we will do our best to achieve our goal."

Tim Cahill has been in the spotlight following his double in the last eight, but the UAE boss knows they will be punished if they just focus on shutting down Australia's talisman.

He added: "The Australian team is not only Tim Cahill, it's a team. We have to think about the whole team, not about one player."