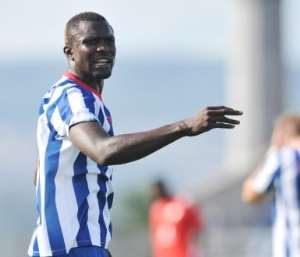 Orlando Pirates may have to dig deep in their pockets if they wish to sign Ghanaian defender Mohammed Awal from Maritzburg United.

Media reports in Ghana last week claimed Awal has agreed to join Pirates  on a three-year deal once he returns from the Africa Cup of Nations in Equatorial Guinea.

However, United official Quintin Jettoo insists Bucs have not made contact over the matter, while he says his club hold a two-year option on Awal's contract which expires in June.

"We only read in newspapers about Pirates and no-one has contacted the club," Jettoo tells KickOff.com.

"The player has the current season with us, plus a two-year option.

"We will deal with the issues related to that before the end of season."