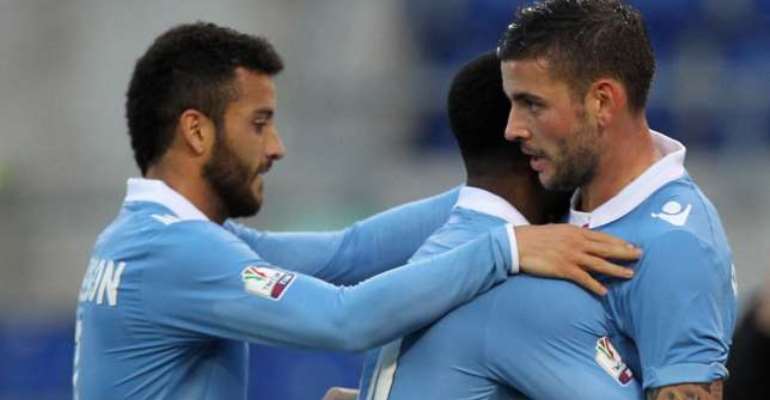 Filip Djordjevic's broken ankle will leave Lazio undermanned in the forward third when they aim for back-to-back wins over Milan on Tuesday.

Lazio will visit Milan just three days after they defeated Filippo Inzaghi's men 3-1 in Rome, with a spot in the Coppa Italia semi-finals on the line at San Siro.

On Saturday, Lazio triumphed in Serie A thanks to a brace from Marco Parolo and Miroslav Klose's strike, after Jeremy Menez had given Milan the lead in just the fourth minute at the Stadio Olimpico, but Stefano Pioli's side suffered a blow when Djordjevic was subbed off with seven minutes left.

The Serbian striker, who has played more league games than any other Lazio player this season, suffered a fracture to his right ankle and will have surgery on the same day as his team-mates play their Coppa Italia quarter-final.

The absence of Djordjevic and Brazilian attacking midfielder Felipe Anderson (knee), means Lazio will be without two of their most potent attacking threats, as the duo have combined for 12 top-flight goals this season.

Stefano Mauri (seven goals) has scored as many in the league as Djordjevic this term and he will be available, but the injuries to the Serb and Anderson have prompted reports in the Italian media that Lazio may look to bring Colombian striker Brayan Perea back from his loan stint at Perugia.

Perea has only scored one goal in Serie B and is unlikely to return in time for Tuesday's fixture.

Pioli's men should not lack confidence, though, as they have lost just once in their past 10 games in all competitions and have beaten Milan three times in their past seven meetings.

Milan have lost three of their last five matches and Saturday's defeat increased the pressure on coach Inzaghi.

There was an added headache for the boss in that game as veteran defender Philippe Mexes was sent off in stoppage time for clashing with two Lazio players off the ball.

But Inzaghi is hopeful that, having kept the team in camp between the league and cup games, he can find the solution to their problems.

"The fact that we're going to stay together until Tuesday I think can help," the former striker said after the loss in Rome.