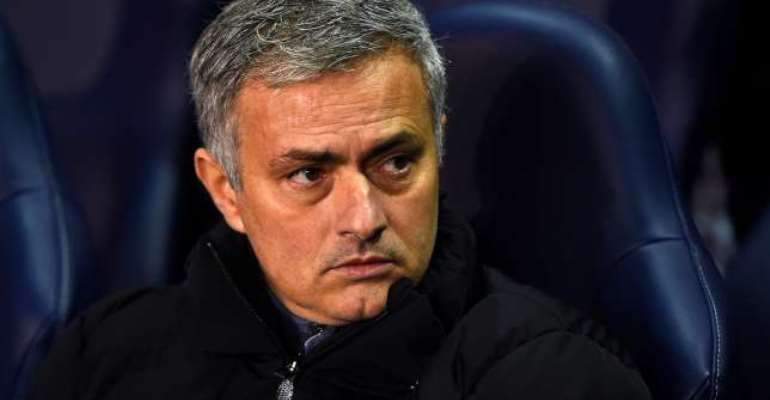 After being left "embarrassed" by Bradford City, Jose Mourinho has demanded a response as his Chelsea side seek to reach the League Cup final against Liverpool on Tuesday.

Premier League leaders Chelsea were dumped out of the FA Cup at Stamford Bridge on Saturday after throwing away a two-goal lead to lose 4-2 in the fourth round to League One Bradford in one of the biggest upsets in the competition's prestigious history.

Speaking in the aftermath of the shock defeat, manager Mourinho stated his players should feel "ashamed" to lose to a team from a lower league.

However, the Portuguese has no time to dwell on the setback as Chelsea host Liverpool in their semi-final second leg looking to book a spot in the Wembley showpiece, with the tie nicely poised at 1-1.

"I always said that I don't choose competitions [to prioritise] and we go match after match," he said.

"The most important competition now is the League Cup because it is the next game.

"Obviously the Premier League is in front of the cups but the way we prepare in a serious and a professional way, I can't say we don't care about the FA Cup. We lose and we care."

Mourinho, who led Chelsea to League Cup glory in 2005 and 2007 during his first stint at the club, does not foresee any lasting hangover as several of his first-team regulars were not involved against Bradford.

"The players who were not involved directly in this game - [Nemanja] Matic, [Branislav] Ivanovic, Diego Costa - I don't think they can be affected by it," he added.

"We lost at home against a lower division team and in an ideal world it will affect us in a positive not a negative way, like we have to win the next match and let's go for it."

Liverpool, who lost the 2005 final to Chelsea, also have a point to prove after being taken to an FA Cup replay in an underwhelming 0-0 draw with Championship club Bolton Wanderers at Anfield.

Brendan Rodgers' men have been in good form, though, and are on a 10-match unbeaten run.

Indeed, Liverpool will feel unlucky not to be travelling to London with a first-leg advantage after impressing at Anfield, where Raheem Sterling's second-half strike cancelled out Eden Hazard's penalty.

Midfielder Joe Allen, who returned from a month-long lay-off with a knee injury against Bolton, is confident the League Cup's most successful team can beat Chelsea and play for a ninth League Cup title.

"Of course we can get a result - we all can't wait," Allen told Liverpool's official website.