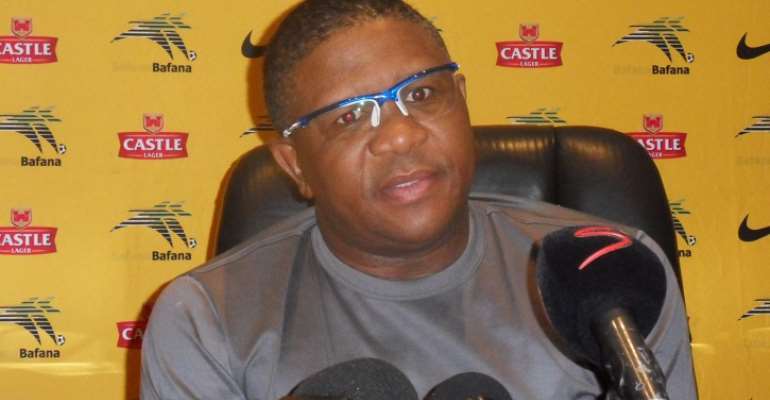 By Ameenu Shardow
Follow on Twitter @alooameenu
Minister of Sports and Recreation of South Africa Fikile Mbalula says the side is prepared to mount a fierce challenge against Ghana on Tuesday.

Bafana Bafana must beat the Black Stars in the final Group C game to have any chances of qualifying to the quarter finals of the 2015 Africa Cup of Nations.

Ghana also need a win to guarantee progression even though a draw will be just enough for the Black Stars depending on the result of the other group game against Senegal and Algeria which will be played simultaneously.

A confident Mbalula says his team will not be mere pushovers despite being the underdogs in Tuesday's clash.

“For Ghana, I do not know what they will do,” he said.

“Maybe they have to bring their 'juju' or something.

“We will play them with all that we've got and see what happens in the end.”

Ghana had suffered massive heartaches against South Africa in the history of the Nations Cup.

Bafana Bafana thrashed the Black Stars in the semi finals of the 1996 edition on their way to their first and only African title hosted on home grounds.

South Africa again beat Ghana at the quarter final stage when it co-hosted with Nigeria in the year 2000.

But the Black Stars have the recent edge over South Africa – beating them both home and away enroute to their first qualification to the World Cup back in 2006.