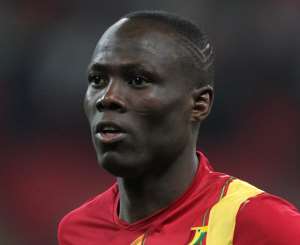 Ghana can go “very far” at the 2015 AFCON after they bounced back to reckoning with a 1-0 win over Algeria, according to Emmanuel Agyemang-Badu.

The Black Stars have won the competition four times and have reached the last-four in the last four AFCONS.

The Italy-based midfielder put up another decent shift against tournament favourites Algeria on Friday for Ghana to win and get their campaign back on track after their opening group game loss to Senegal.

“We can now go very far in this tournament,” he said.

“We only need to recover quickly from the match against Algeria after we worked so hard to get the three points we needed.

“We now hope to win again on Tuesday against South Africa so as to continue in this competition.”

The 24-year-old Udinese ace also paid a special tribute to skipper Asamoah, who returned to sink Algeria with a late winner in Mongomo.

“Our wonderful skipper Asamoah was the difference against Algeria,” he remarked.