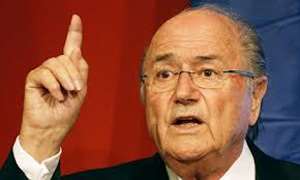 Oil manufacturers Castrol,tyre and car parts business Continental and healthcare company Johnson & Johnson have each chosen not to extend deals with FIFA, the Daily Telegraph reported.

The three companies were among a group of eight businesses identified as 'World Cup sponsors' by FIFA, which also had six toptier 'partners' at the time of the 2014 tournament.

Campaigners lobbying for reform of FIFA, which has faced a number of instances and allegations of corruption, have said they will target its sponsors.

The strategy emerged at this week's 'New FIFA Now' summit in Brussels, the first organised campaign to challenge the leadership of FIFA in its 111-year history.