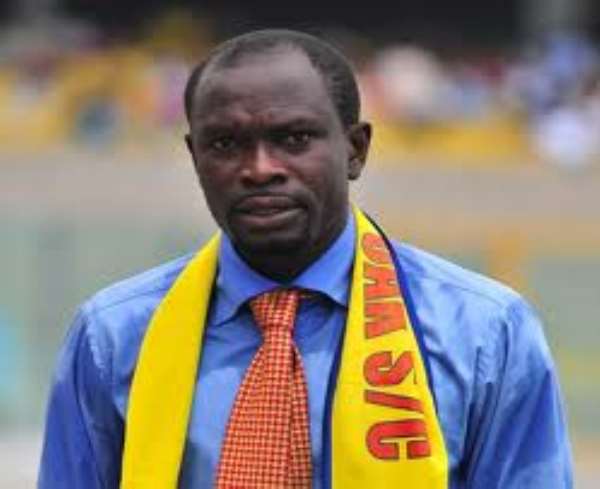 By Rahman Osman
Follow on twitter @iamrahmanosman
Former Ghana international C.K Akunnor says the Black Stars should keep their eyes on the ball despite the numerous complains of attempts to disrupt their preparations.

Head coach Avram Grant added to a growing list of coaches who complained bitterly about the conditions in the ongoing Africa cup of nations.

Grant was visibly disappointed with the distance his team had to travel before their final training ahead of the game against Algeria.

The former Chelsea boss also felt hard done with the bus his side had to travel on and could have done with a better timing of the CAF required press conference ahead of the game today.

Despite the challenges ahead of the game Akunnor say the team can ill afford to take their eyes off the ball.

“The tournament was organized in a rush and we must credit the host nation for coming to the aid of the entire Africa,” Akunnor told GHANASoccernet.com

“Our boys will have to remain motivated and keep their focus it is very key at this point since we cannot afford to be blaming facilities if we don't make it.

“We have enough quality to get a good result out of the game and I feel focus will be key at this point.”

Ghana will become the first team to be eliminated from the competition if they lose against Algeria today.