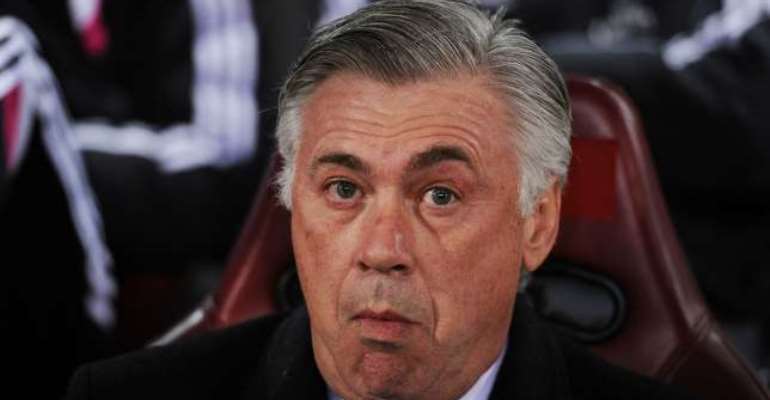 Real Madrid coach Carlo Ancelotti has warned his team to remain focused when they return to Liga action on Saturday.

League leaders Real hold a one-point advantage and a game in hand over second-placed Barcelona ahead of a trip to Cordoba this weekend.

By their own lofty standards, the recently-crowned Club World Cup champions have suffered a blip in form in January, ending their 22-match winning run with a 2-1 defeat at Valencia in the league and losing 4-2 on aggregate to city rivals Atletico Madrid in the Copa del Rey.

However, they returned to winning ways last time out courtesy of a 3-0 win over Getafe and Ancelotti is determined his side maintain the high standards they have set themselves this season.

"We've planned everything to be in top form when it counts, but you can't just look ahead to that moment," the Italian told Marca. "It's a long season and you can't take your eye off the ball."

Real remain without Pepe and Luka Modric, who are each continuing their respective recoveries from injury.

Defender Pepe missed the win over Getafe with a rib problem picked up in the 2-2 Copa del Rey second-leg draw with Atletico, while midfielder Modric has been out since November with a thigh injury.

However, James Rodriguez trained with his team-mates on Thursday after being one of two players - together with Isco - to work separately from the rest of the squad the previous day.

Real are overwhelming favourites to win Saturday"s match at the Estadio Nuevo Arcangel, against a side who lie 14th in the table in their first season back in the top-flight in 42 years.

Miroslav Djukic's men are unbeaten in January, though, having claimed back-to-back victories over Granada and Rayo Vallecano prior to a 1-1 home draw against Eibar last time out.

After climbing out of the relegation zone as a result of their good form, Cordoba host Real in high spirits.

According to goalkeeper Juan Carlos, recent results have shown that his side can compete at the very top level.

"We have a tough schedule but we are fine and we've shown we can compete with all the teams," the 27-year-old told the club's official website.

While Real have yet to draw a Liga match this term, Cordoba have been involved in more stalemates than any other team in the division.