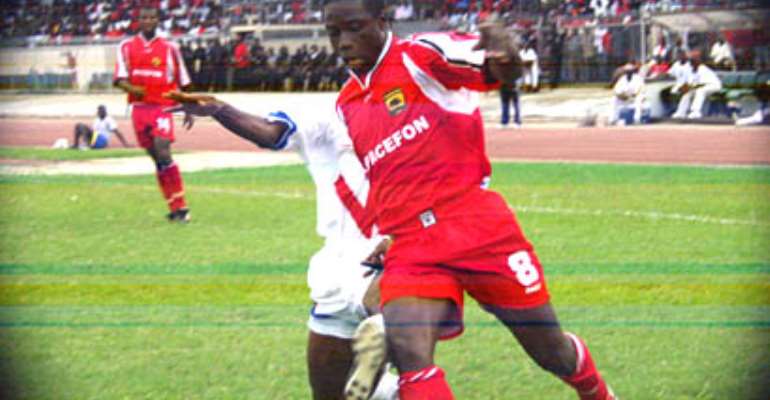 The father of Ghana's most expensive footballer and Kumasi Asante Kotoko ace striker, Charles Kweku Asampong Taylor has been granted police enquiry bail by the Tarkwa police for an alleged murder case.

Mr. Robert Asampong, father of Charles Taylor and his driver, Richard Kofi Nartey were remanded in police custody, when a suspected thief who was later identified to be a lunatic was lynched by a mob.

According to a source close to the Tarkwa police, on 5th July, the alleged lunatic who was on admission at the Cape Coast psychiatric hospital was found loitering around Mr. Asampong's car which was parked in his house at Sefwi-Wiawso. When Richard Nartey (Mr. Asampong's driver) questioned the lunatic, he told Nartey that he was asked by Charles Taylor's father to have the car washed.

When the driver went to ask Mr. Asampong whether what the youngman was saying was true, Mr. Asampong denied giving such an order. The driver then suspecting that the youngman might be a thief raised an alarm, which attracted a mob from the area who arrested the Youngman and lynched him on the spot. When the Tarkwa police got to the scene, the mob had vanished, so Mr. Asampong being the owner of the car and his driver, Nartey were arrested and put into police custody until he was bailed last Wednesday.

He is expected to report to the police this Wednesday to assist in investigations.