By Will Shand
International 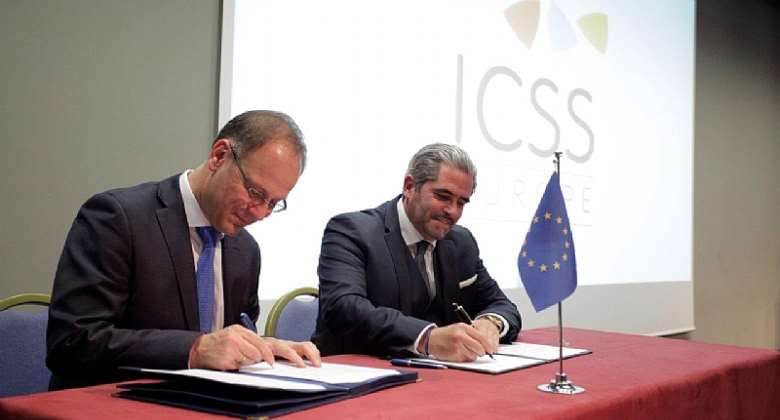 Milan, Italy, 2nd December 2014: The International Centre for Sport Security Europe's growing importance as a driver of safeguarding sport within Europe was underlined today when it signed a ground-breaking Letter of Intent with the European Commission signalling its commitment to play a leading role in the European Week of Sport 2015.

ICSS Europe joined influential sports organisations including UEFA, EPFL, FIFPro, European Olympic Committees, Special Olympics and others at the European Union Sport Forum in Milan to show support for the inaugural event which is taking place next September.

The European Week of Sport 2015, which is an initiative of the former European Commissioner for Sport Androulla Vassiliou, was launched earlier this year as a result of a Eurobarometer survey on sport and physical activity that showed almost 60% of European Union citizens never or seldom exercise or play sport.

Throughout the week the European Commission will coordinate events and activities across Europe with the help of international sporting bodies, such as ICSS Europe, and individual EU member nations with the aim of promoting exercise and sport at all levels.

As part of its commitment, ICSS Europe has pledged to help organise and participate in a series of events aimed at promoting sports positive values during the Week, including:

· The organisation of a landmark international conference at the European Parliament on "Sport, Human Rights and Youth" which will look at the responsibility sport has in safeguarding the vulnerable, stamping out discrimination and promoting social cohesion and development.

· The staging of a photographic exhibition, which will run alongside the conference, showcasing images which capture and promote the core values of sport through the ICSS's Save the Dream initiative and Magnum Photos.

· Development of a Charter on Youth Sports Development, codifying best practice and guiding principles on recruitment, training, education and safeguard of children and adolescents in sport.

“I am delighted to invite the International Centre for Sport Security to participate and contribute to the European Week of Sport in 2015. This cooperation should lead toward closer promotion of the social role of sport and should help enhance participation in sport and physical activity. Let us join efforts to encourage EU citizens to be more active, more engage, and more alert to their health and well-being.

“Over the past years, the ICSS has made a valuable contribution to developing the European dimension in sport and I would be pleased to see us working closely together to make the 2015 European Week of Sport a success.”

Mohammed Hanzab, ICSS President, said:
“The involvement of the ICSS in this groundbreaking agreement demonstrates our commitment to developing close ties with the EU institutions, government organisations and other influential bodies in order to tackle issues which affect the safety, security and integrity of sport.

“We believe the European Week of Sport will offer a vital platform from which to promote not only the participation and involvement of people in sport and exercise but also to highlight the need to protect sport against the critical challenges it faces in Europe and around the world and, in doing so, help preserve the high ethical standards and the core values of sport.”

“This is an important milestone for ICSS Europe and the whole of the ICSS, as well as the European Commission.

“In one of the most challenging and turbulent times for Europe and sport, this initiative heralds, in framework of mutual recognition and in a very meaningful way, the beginning of a new and positive cycle of close cooperation between the European Commission and some of Europe's leading sports organisations, including the ICSS Europe.

“We are therefore delighted to be involved in such a significant way with the inaugural European Week of Sport and would like to thank the European Commission for acknowledging our credentials and vital role.

“The European Commission, as well as the European Parliament and the EU Member States, can count on us. As we count on all of them to join us at the forefront of the fight for a safe, secure and clean sport across the continent and worldwide. This is an urgent priority and an indeclinable duty.”

BACKGROUND INFORMATION
About the International Centre for Sport Security (ICSS)

The ICSS is an international, independent and not-for-profit organisation. With an aim to improve security, safety and integrity throughout the world of sport; the ICSS works with governments, federations, clubs, leagues and event organisers. The ICSS provides expertise, services and global knowledge - advising on event and venue safety, strategic security and investigations into corruption in sport.