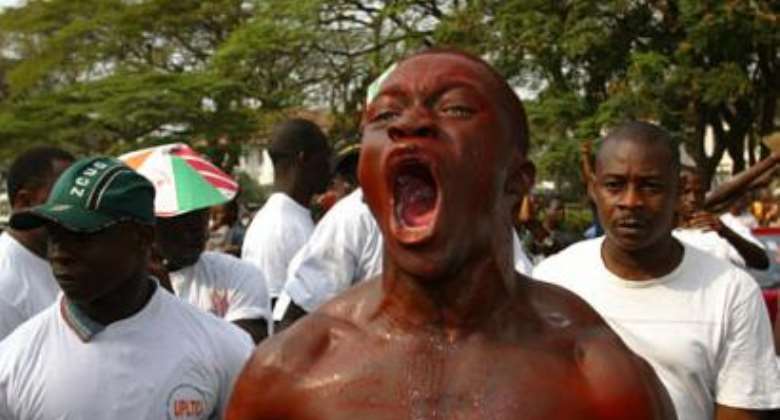 Annan Holds West African Mini-Summit Over Côte D'ivoire Deadlock In a bid to break the impasse prevailing in Côte d'Ivoire, participants at a meeting convened by United Nations Secretary-General Kofi Annan in Ethiopia have decided that to bring the parties together in Accra, Ghana, later this month, a UN spokesperson reported today.

Speaking to reporters after the mini-summit, the Secretary-General said preparations would be made so that "the Accra meeting will be concrete, constructive and we should be able to leave Accra with sure and real achievements."

The Security Council has authorized a year peacekeeping operation for Côte d'Ivoire with nearly 7,000 UN personnel to monitor the country's comprehensive ceasefire agreement.

The Security Council has established an Independent Commission of Inquiry to investigate claims of serious human rights violations between mid-September 2002 and the signing of the Linas-Marcoussis peace agreement in January 2003.

It has also received a report on alleged atrocities committed during demonstrations in the major city, Abidjan, and the capital, Yamoussoukro, late last March.

Let's commend Bagbin for his tenacity, firmness during 2022 ...
38 minutes ago