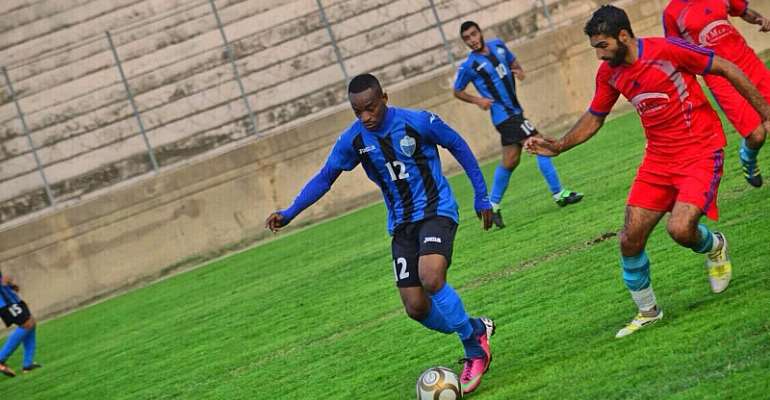 [caption id="attachment_273829" align="aligncenter" width="677"] [/caption] Lebanon-based midfielder Michael Helegbe is expecting a Black Stars call-up after hitting a purple patch of form for his club Tripoli SC.  The former Medeama SC talented player is the leading scorer with eight goals as his club lie second on the Lebanon Premier League.Last Friday, he scored all two goals in their 2-0 win over Shabab Al Ghazieh.Helegbe, a former Ghana U23 captain, says he would jump at the opportunity when handed a senior team call-up. "If the call up comes again I will grab it since I've been there before and always ready to play for the nation," Helegbe said."Of course it feels great to be in form and scoring goals but it's when the team wins that is important and I am glad we won to move up to second on the league table. We are definitely going to push for the league title and if I am lucky to win the goal king, why not? I will be very happy."