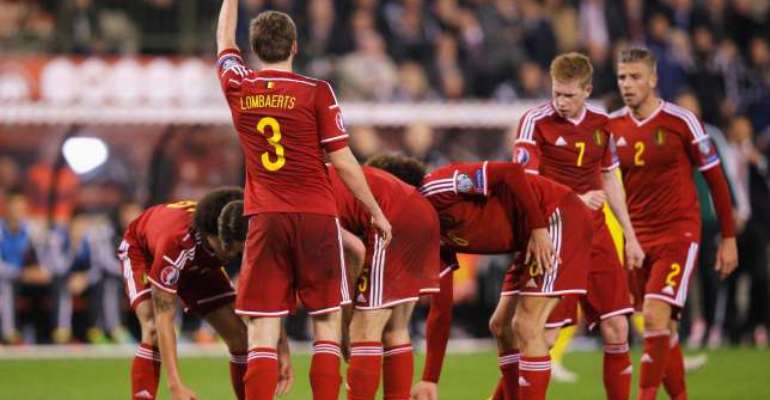 The Napoli attacker was involved in a nasty clash of heads with George Williams in the closing stages of the Group B Euro 2016 qualifier.

Mertens initially lay motionless following the incident, but appeared to have regained consciousness by the time he was taken from the field on a stretcher after receiving lengthy treatment on the pitch.

The injury prompted six minutes of stoppage time, but Marc Wilmots' men were unable to find a way through a resolute Welsh defence.

"Severe concussion for @dries_mertens14. He'll stay in the hospital for observation. #TakeCareDries," read a tweet from the Belgian national team.

Belgium remain three points adrift of Wales in Group B after Sunday's result.