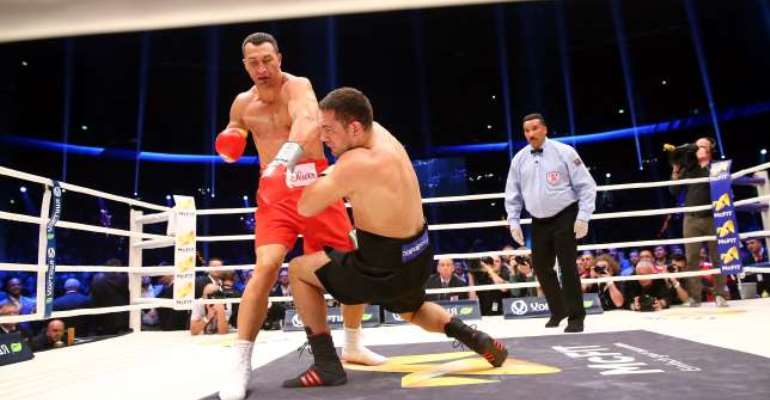 The 38-year-old Ukrainian sent his previously unbeaten challenger to the canvas four times on the way to a 17th consecutive title defence.

Bulgaria's former world championship bronze medalist was on the floor twice in the opening round, initially from a blistering left hook and Klitschko closed the show with the same shot, keeping hold of his WBO, WBA, IBF and IBO belts.

Pulev had moments of success and showed incredible heart to continually rise under the assault, but ultimately paid for his willingness to trade with Klitschko in such ferocious form.

A 21st victory in a row takes Klitschko's professional record to 63 wins, with 53 knockouts and three losses, while Pulev's maiden setback stands alongside 20 previous triumphs.