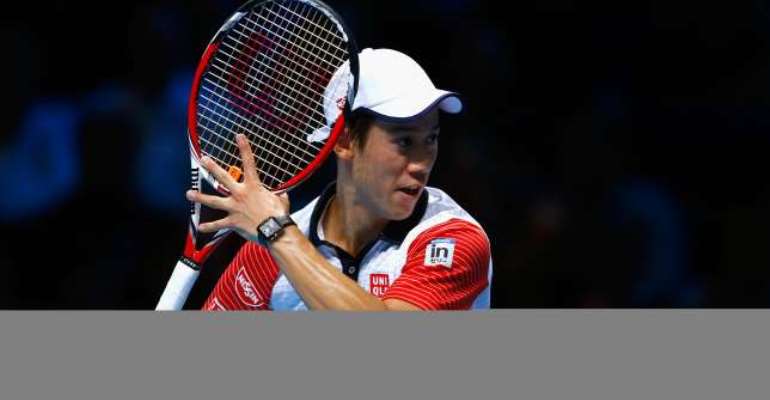 The world number five was making his first appearance at the end of season tournament in London, but failed to reach the final as he was beaten by defending champion Novak Djokovic on Saturday.

Although his semi-final loss was disappointing the 24-year-old was pleased with his performances in 2014, he won four titles and reached another two finals, and hopes it can help him improve further next year.

"It has been one of the best years for me," said Nishikori. "Even though this was my first experience [in London], I think I did really well.

"[Now] I have to do well this off-season. I have to train well and stay injury-free again. I think I will have chances in big tournaments, especially grand slams.

"Hopefully I can have a good preparation in December and [build] more confidence."

Nishikori's performance at the US Open, where he beat Djokovic in the semi-final, was the best of his career, and although he lost the final to Marin Cilic it was a significant step.

Now, he hopes to build on that and believes he is on the verge of challenging for the major tournaments on regular basis in the future.

"I think I'm getting close," he added. "I beat Roger [Federer] this year and also Novak, too.

"It's not like I can't beat them. I think I need a bit more experience to get there.

"Hopefully I can keep going like this next year. I'm physically getting stronger."