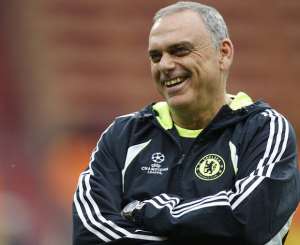 The former Chelsea boss arrived in the country on Thursday morning for talks over his salary and other entitlements before penning a two-year deal.

“Grant is in the country and we sorting out details concerning his contract,” Ghana FA president Kwesi Nyantakyi exclusively told GHANASoccernet.com

“He will not be travelling with the team to Uganda but he should be in town to see the game in Tamale.”

Grant has a rich CV after reaching the Champions League final in 2008 with Chelsea and handling English Premier League sides Portsmouth and West Ham United.

He won the Serbian title with Partizan Belgrade two years ago.