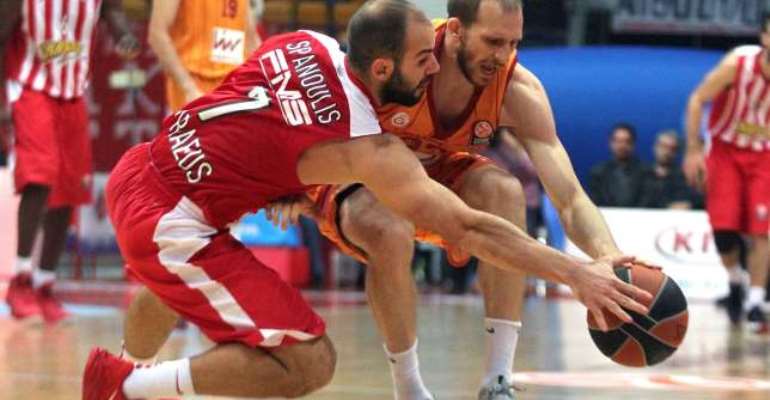 The win helped Olympiacos improve to a 5-0 win-loss record atop Group D.

He made 10 three-pointers, breaking the previous Euroleague record of nine set by Saulius Stombergas in 2001.

Reigning champions Maccabi Electra battled to a 70-66 victory over Unicaja.

Neptunas were too good for Valencia in a 94-87 win and Crvena Zvezda Telekom cruised past Laboral Kutxa 86-66.

Nizhny Novgorod broke their three-game losing streak with a 79-73 win over UNICS in an all-Russian affair.