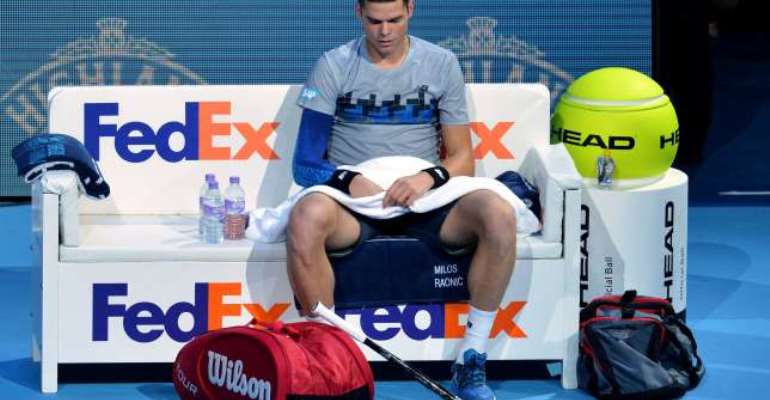 The big-serving Canadian was beaten 6-3 7-5 by British fifth seed Andy Murray in their Group B match in London.

Raonic feels his serve and passiveness have been costly in losses to Murray and the in-form Roger Federer.

"I haven't served well," he said.
"I've been too passive on the court. I've been trying to beat the two guys playing their tennis, and that's not going to work for me."

The Canadian still has a slim chance of advancing to the semi-finals, but needs a straight-sets win over Nishikori, and for Federer to beat Murray in two sets to have any hope.

Such results would leave each of Nishikori, Raonic and Murray with 1-2 win-loss records, and sets won/lost at 2-4 - meaning second spot in the group would come down to games won differential.