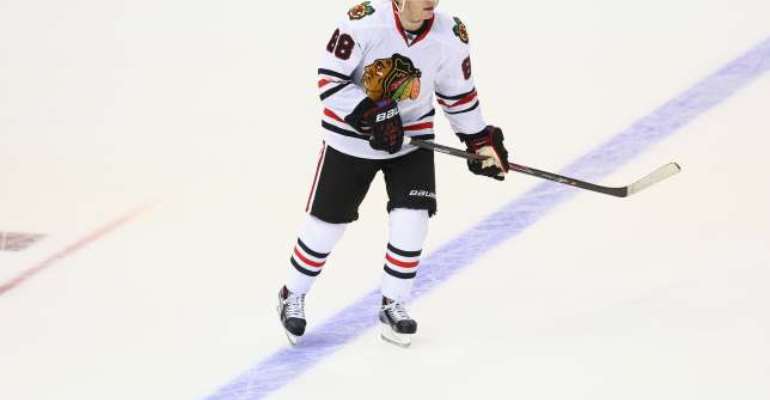 Patrick Kane scored the only goal in the shoot-out as the Blackhawks overcame the Lightning 3-2 at United Center.

The goalies starred throughout as Crawford (25 saves) and Ben Bishop (37) ensured a close contest.

Despite the loss, the Lightning remain top of the Atlantic Division, while the Blackhawks are third in Central.

It ended the Stars' losing streak at seven after they fought back from 2-0 down, with Tyler Seguin scoring a double for the victors.

There was no such turnaround for the Columbus Blue Jackets, who slumped to their ninth straight loss as they were beaten 4-2 by the Washington Capitals.

Marcus Johansson and Alex Ovechkin both scored braces for the Capitals.

The Pittsburgh Penguins' seven-match winning run came to an end, thrashed 5-0 by the New York Rangers.

The St Louis Blues thrashed the Buffalo Sabres 6-1 thanks to a hat-trick from Jori Lehtera and a double from Vladimir Tarasenko.

Daniel Sedin's overtime goal was enough for the Vancouver Canucks to battle past the Ottawa Senators 4-3.

A three-goal first period helped the Nashville Predators to a 3-2 victory against the Edmonton Oilers and the Florida Panthers eased past the San Jose Sharks 4-1.