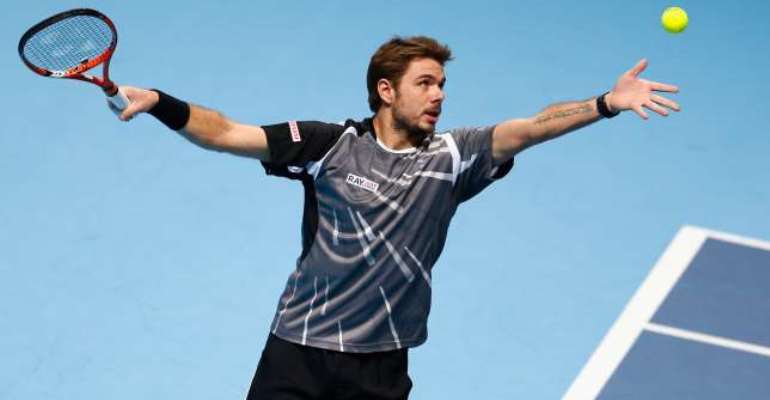 Both players knew the importance of making a strong start on Tuesday, with world number one Novak Djokovic " in action against Marin Cilic later in the day - strongly fancied to claim one of the two semi-final places up for grabs in Group A.

Australian Open champion Wawrinka came into the season-ending event at the O2 Arena having won only one match in his last four tournaments.

However, he was able to comfortably brush aside Berdych, who offered up a host of errors and took just five points on his opponent's serve as he slumped to a fifth straight defeat against the world number four.

Having triumphed in three sets when the pair met in this tournament 12 months ago, Wawrinka seized immediate control on this occasion as Berdych, still to win an opening match at the Finals in five attempts, made a lacklustre start.

The Swiss breezed through his first two service games, either side of claiming an early break when Berdych missed his target by some distance with a wild forehand.

Berdych was guilty of three further unforced errors on the forehand side as he was broken to love in game four.

He finally got on the board after saving a set point when next serving, but Wawrinka duly held to 15 to finish off the opener in 25 minutes.

The London crowd, understandably eager to witness a more competitive encounter, offered warm applause when Berdych secured a routine hold at the start of set two.

However, Wawrinka was soon able to break again, a typically effortless backhand down the line proving decisive as he accepted his third opportunity to move 2-1 ahead, having successfully challenged a Berdych ace at deuce.

A dismissive cross-court return winner from Wawrinka subsequently set up a fourth break of the match and summed up the one-sided nature of the contest.

There was to be no way back for Berdych, who quickly subsided thereafter, and the margin of the Czech's defeat leaves him facing a huge battle to reach the semi-finals.