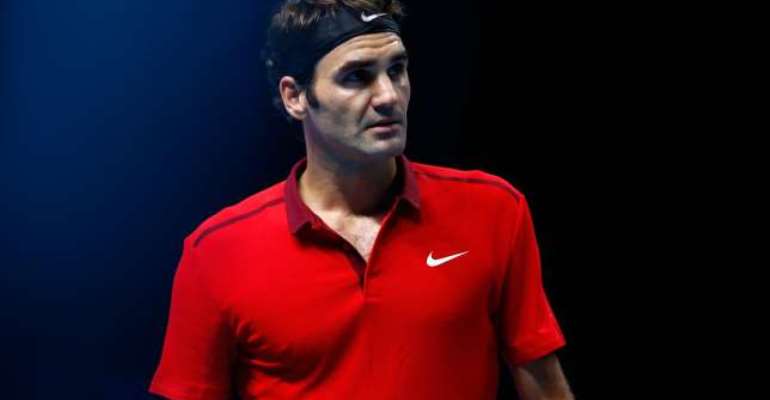 Federer trailed Djokovic by 1310 points in the standings prior to the season-ending tournament in London, but should he go unbeaten through the group stage and seal a seventh Finals title, it would secure him the top ranking yet again.

But Federer claimed he was not optimistic of his chances, and despite his eagerness to eventually climb to number one before he retires, he is content with his 2014 season.

"I was putting more of a target on trying to win more titles because last year I only won one that was quite disappointing actually, so I was trying to get three to five at least," Federer said of his goals coming into 2014.

"That was the goal - I have five now and surprised that I made another five finals and also I'm in the Davis Cup finals so it's been a successful year and better than I thought it was going to be because I figured I was going to struggle until about March this year and success kicked in quite quickly.

"It was visible at the Australian Open and the rankings came by surprise that all of a sudden I have a shot at world number one after winning Shanghai.

"I'm happy it's this way but I think it's highly unlikely it's going to happen. If it does it's great but for me personally, it doesn't matter if it happens at the end of the year, or any other week during the year.

"I'll try to get there, but obviously Novak has to dictate what's going to happen."

Federer said he felt he allowed Raonic a way into their Group B contest on Sunday, claiming his opponent handed him the upper-hand in the second-set tie-break.

"I think I played really well for one-and-a-half sets," the 33-year-old said.

"It's good to get off to a good start like I did against him in Cincinnati and Wimbledon. Broke first game and sort of never looked back.

"And I think when I had break point in the second set, and he was able to save that, you know, when I tried to hit a lob and he smashed it home.

"After that, it became complicated, I don't know why.

"In games, I was up 40-0 and he came back both times and got into the game which was probably my mistake, but it made me uncomfortable and I started to play a bit more passes, started to become a bit more offensive and I actually think he was a better player from that moment on and deserved the set more than I did.

"Unfortunately he didn't play quite so well like he did in Paris and he gave me a few shots here and there, especially at the beginning of the breaker.

"Those were crucial and I was happy to bring it home because it was very close at the end of the second."