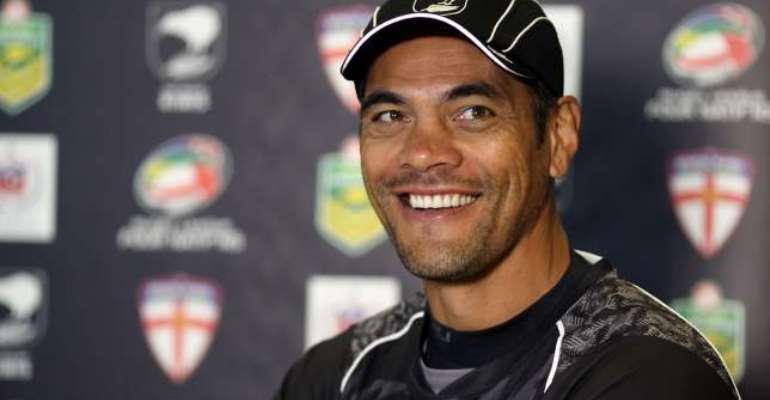 Kearney's men triumphed 16-14 in Dunedin on Saturday, advancing to the final of the international rugby league tournament for just the second time since it grew from the Tri-Nations in 2009.

England, who were denied a shot at victory against Australia in Melbourne earlier in November by a controversial video referee decision, fell short yet again, although remain alive in the hunt for the second final spot.

And Kearney hailed his side, and their opponents, for putting on a top-quality contest.

"We are very pleased," Kearney said.
"I thought the defensive effort in the group tonight showed a great deal of spirit. We anticipated the English team throwing everything at us and they certainly did that.

"I thought it made for a fantastic game of Test football and we feel fortunate that we came out on the right side of it."

Kearney said his side would be feeling the full force of the English pack, ahead of the Wellington final on Saturday.

"Our focus is getting ourselves recovered well; as you could imagine we took a fair few bumps and bruises tonight," he said.

"It was a really hard surface against a big, physical team, played at pace."

Captain Simon Mannering said he believed his side pulled out the clutch plays against the English, as the co-hosts moved into the decider.

"At the crucial moments when we need to we seem to be pulling together and coming up with the right plays," Mannering said.

He added, on the Kiwis' form: "Our focus isn't on what has happened before. It is what we can do throughout the week and what we can put on the field on Saturday night."

England occupy second spot in the table, and will book an unlikely final berth if Samoa defeats Australia on Sunday - and fails to overhaul the English on points differential.

A Samoa win of eight points or less would see Steve McNamara's men face the Kiwis again in the final, while if Australia win in Wollongong, they advance to yet another major final.