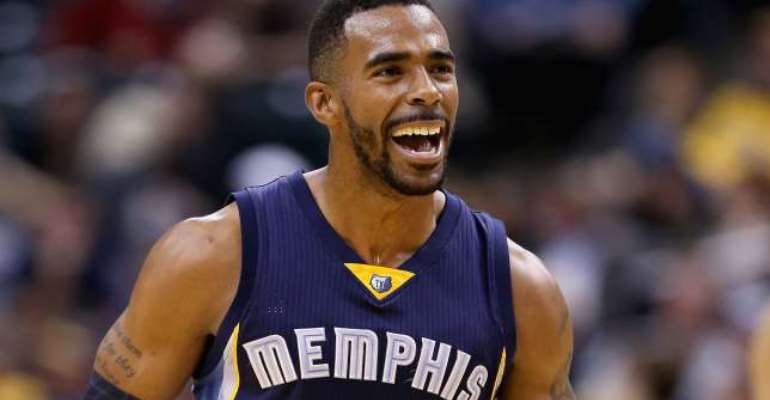 The Grizzlies claimed their sixth straight win to start the campaign but only just, battling past the undermanned Oklahoma City Thunder 91-89 at Chesapeake Energy Arena.

Serge Ibaka missed a three-point shot on the buzzer as the Thunder, without Kevin Durant and Russell Westbrook, were beaten for the fifth time in six games.

Mike Conley finished with 20 points for the Grizzlies, while Courtney Lee (17) and Zach Randolph (16) were also good contributors.

Lance Stephenson hit a 33-foot jump shot on the buzzer to lead the Charlotte Hornets to a 122-119 double-overtime win against the Atlanta Hawks.

Also needing double overtime were the Sacramento Kings, who edged the Phoenix Suns 114-112.

DaMarcus Cousins had 25 points and 18 rebounds as the Kings improved to a 5-1 win-loss record.

The Orlando Magic needed just the one period of overtime, beating the Minnesota Timberwolves 112-103.

The Cleveland Cavaliers returned to winning ways, claiming just their second victory of the season by beating the Denver Nuggets 110-101.

LeBron James (22 points and 11 assists) and Kevin Love (19 points and eight rebounds) starred for the Cavs.

Derrick Rose (ankles) sat out but his Chicago Bulls still managed to have a 118-115 win over the Philadelphia 76ers to continue their good start to the season.

The Toronto Raptors improved to a 5-1 win-loss record with a 103-84 thrashing of the Washington Wizards.

Kyle Lowry had a triple-double, including 13 points, 10 assists and 11 rebounds.

Roy Hibbert's double-double of 22 points and 11 rebounds was not enough as the Indiana Pacers were downed 101-98 by the Boston Celtics.

The Brooklyn Nets enjoyed a 110-99 win over the New York Knicks and the Detroit Pistons edged the Milwaukee Bucks 98-95.